The Managing Director of the Agricultural Development Bank (ADB), Dr. John Kofi Mensah, has said that banks are working together to close the wide gap that exists between policy and lending rates.

Currently, the Monetary Policy Committee (MPC) of the Bank of Ghana has pegged the policy rate at 13.5 percent, whereas, average lending rate of banks is at 21 percent, something that the President has even expressed discontent about. Furthermore, a new report by the central bank also reveals that the highest lending rate a bank in Ghana charges is 24.89 percent, while the lowest is 15.97 percent.

This has sparked concerns by the business community, saying, it is about time banks reduced their lending rates to come closer to the policy rate in order to make borrowing affordable so they can use the financial system to expand their operations. It is against this background that Dr. Kofi Mensah is assuring customers that the industry is taking practical steps to address the situation.

“At the Ghana Bankers Association level, we are collaborating very much. Hitherto, it was the independent decision of the banks but now we are trying to collaborate so that we all forge ahead in that direction. Now the central bank is really supporting by changing some of the regulatory policies such as the cash reserves, among others so that it will help the banks also to depress the rate. So very soon, we will be dealing with thin margins but still be profitable,” he told B&FT in an interview.

Further addressing concerns regarding the latest report of the Bank of Ghana which revealed that ADB tops banks with highest lending rates, the managing director said the report does not capture the entire picture, as it looked only at the highest rates of banks; adding that ADB is the bank that has the lowest average lending rates.

He added that the Bank remains committed in supporting sectors which many banks dread due to its risky nature.

“There are certain sectors that some of the banks will not go there. ADB is an agribusiness bank and by necessity, we have to go to certain places. We are in the rural areas but some banks will not even venture to put a branch there, but we are all over.

We are carrying a lot of costs 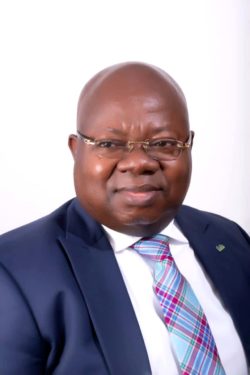 and also trying to see to it that the standard of living of our people improves.  So if there are certain sectors that we deem risky, but we still want to extend funding and keep on monitoring so that SMEs of today will become big corporates of tomorrow, that is what we have to do.

So we are moving on a different mandate. Even though the upper side [of the lending rate] is high, it is coming down consistently over the period. I think we were around 32 percent in 2020 but is now 24 percent. Our target is that it should move further down to under 20 percent, even for the risky ventures. But at the moment, we are giving loans at 12 percent and the like,” he said.